Plight of the Baw Baw Frog

Last week I spent a few days exploring the Mt. Baw Baw plateau (approximately 120km east of Melbourne) with a survey team and Chris Banks (Manager for International Conservation Programs) from Zoos Victoria. The aim of this trip was to familiarize myself with the ecology of the Baw Baw frog (Philoria frosti) (can you guess how the frog got it’s name?) as my colleagues and I have been considering some research ideas that might facilitate this species’ conservation. Unfortunately P. frosti has been decimated by climate change, habitat loss (via logging) and the arrival of chytrid fungus (Batrachochytrium dendrobatidis) to such an extent (98% decline since the 1980s) that this frog is critically endangered – recent surveys suggest it is no longer a matter of if, but when (and soon) this  species will become extinct in the wild. The tale of the Baw Baw frog, like so many others, is a sad story, but thanks to current conservation efforts by Zoos Victoria, will hopefully have a happy ending (read on). 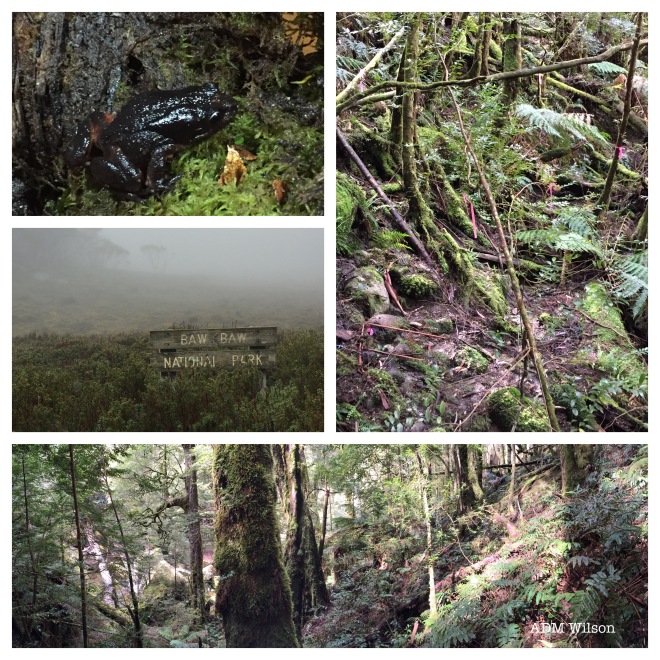 Baw Baw frogs have an uncommon life history, being particularly well suited to their sub-alpine and montane habitats. For most of the year, adults live underground, feeding on invertebrates but with the onset of the breeding season males move into seepage areas along the edges of gullies and create a burrow (or use existing structure) from which to call and attract females. Females on the other hand generate foam nests for eggs and the resulting larvae hatch after 5-8 weeks (at a much earlier stage than most other species). Interestingly,  the hatched tadpoles do not feed but live off the remaining yolk before metamorphosing into frogs (see Zoos Victoria website for this and other links, or here for recent media coverage). 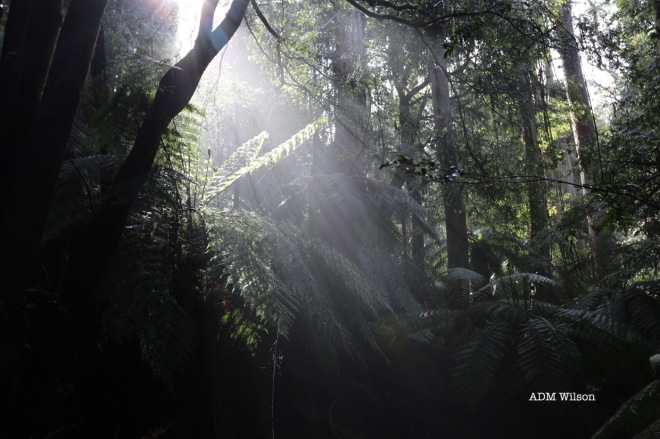 The reason I mention these unique characteristics is that, as part of their pledge to fight extinction, Zoos Victoria is developing a captive (and hopefully breeding) population of P. frosti  so that, at least in captivity, the species will persist. This means that the zoo will have to mimic the above environmental conditions for both husbandry and breeding purposes (a massive challenge). Should this species indeed go extinct in the wild, such remaining captive populations will be crucial to the eventual re-introduction of P. frosti to their native range (if and when this might prove possible). Speaking from first hand experience, finding and collecting individual frogs and egg masses requires tremendous effort and I tip my hat to those doing this work and all of the pilot work in the captive breeding program.

Currently the Zoo has a nice number of young frogs from previous collections trips, which are now 1.5 years old and the real work (getting them to breed) will begin in a year or two.

I was told that the Melbourne Zoo has created a small display area for some of the frogs from this captive population which should go “live” in January. I encourage you to go and check this display out, not only because of the very rare opportunity to see this frog, but also to support the Zoo’s efforts.

Zoos Victoria has produced a great video (including footage from my recent visit) on the plight of the Baw Baw frog and their conservation efforts – see below, its a great window into the beauty and challenge of working with this critically endangered species.

And here, a video of mine showing representative habitat on the Baw Baw Plateau.